November 8, 2013, Typhoon Haiyan hit Leyte, the famous historical province in the Visayan Islands of the Philippines. It was here in 1944 where Gen. Douglas McArthur landed to liberate the country from Japan, who had ruled the country for about four years. Since then, Leyte has been a peaceful and beautiful province with the white sandy shore that attracted many visitors. But now, a great devastation has happened as the strongest typhoon Haiyan pounded on the land, killing thousands of people and reducing the once beautiful city into rubbles. The whole world has seen and heard the cry of the people. It was so heart-breaking!


I thought I had already experienced nature's worst typhoon when I was in Manila.  It was signal #3, and I was caught working in the hospital many miles from home. The city streets were flooded. No more public transportation. People were wading in the dark dirty water to get home. I had to follow the crowd in my nurse's white uniform. It took me more than four hours to get home when it used to be less than an hour ride on a usual day.


We were often visited by typhoons, usually in November and December, and typhoons were always named after women. That is because women are more aggressive, and unpredictable. For typhoons signal #1-#3, schools and public offices were closed, but they never excuse the workers from the hospitals. If they cannot report due to lack of transportation, the hospital ambulance will come and get them.


To the affected people of Leyte, let us be a good neighbor, to help them the way we can. Jesus said, "What ever you have done to the least of these, my brethren, you have done it unto me."
Posted by Bonnie at 2:43 PM 1 comment: 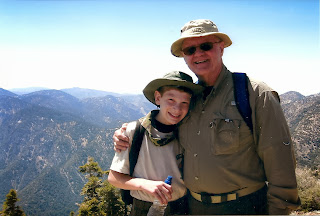 Abandoned In the Attic, by Yolanda Adele

As I lie in the dark corner of the cold attic,
the spider,
slowly,
and deliberately approaches my being.
Sticky, beautiful gossamer- like webs anchor my broken body down.
Thankful, I’m for the lace collar of my tattered yellow dress,
that covers and protects, my mouth and ears,
from the ominous black spider’s curiosity.
There is no comfort in the haunting sounds,
of the child’s laughter,
that once beckoned me to run in frolic.
Her shrills of delight,
echoes like a faded lullaby,
suspended from the rafters now.
This precious little girl often wrapped her arms around me,
whispering her secrets and pain
knowing I’d never judge or blame.
My jaw frozen wide in silent scream,
I wish this were but a dream.
Alas, since she abandoned me, only darkness fills the air.
I should have known that little girls,
all too soon,
grow up,
and put their dollies down.
Someday a new child may find, and mend my broken parts,
setting in motion the magical, imagination,
that breaths life into dolls,
bringing them to life again,
and again.
Until then I lie,
cold,
and abandoned,
in the attic.
Posted by Bonnie at 2:40 PM 3 comments: 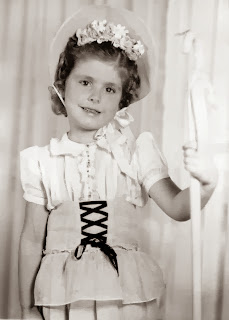 Over the years, I have become disenchanted with Halloween. That is probably because my childhood memories are that of dressing up as a pleasant personality—one that made you smile rather than wince. This may have been a storybook princess, a cartoon character or perhaps a cute animal. My early and midlife adult memories are also of a more calming approach to Halloween. Then more frightful figures were introduced and became quite popular.  Each year, the costumes, masks and makeup are more gory, which adds to my discomfort at Halloween.

Some vacation spots have annual shows with a Halloween theme. Knott’s Berry Farm has “Knott’s Scary Farm,” Universal Studios has “Horror Nights,” and the Queen Mary has “Dark Harbor.” The ghouls and goblins are lurking here and there and jump out at their “prey” unexpectedly and are often disfigured, dripping with blood and missing various body parts. It amazes me that people actually pay to be subjected to such fright. This also entails enduring heavy traffic around and long lines within these locales.

Thankfully, my parents took an everlasting photograph of me in my favorite Halloween costume. I was Little Bo Peep, and Mom fashioned my frilly dress from some kitchen curtains that she had replaced. Dad skillfully handcrafted the shepherd's crook.

Another fond childhood memory is how much my brother Jim and I enjoyed trick-or-treating at Mr. and Mrs. Woodmansee’s house on our block. This was because they always passed out the bigger-and-better nickel candy bars instead of the usual penny candies.

One would never know that Halloween is not my favorite holiday by what I do each year. I assemble well over 100 candy packages for the door-to-door visitors, family members and friends. Before Halloween, I personally deliver some of the treats to favorite children in my neighborhood. Have you ever heard of home delivery to the trick-or-treaters? It is also tradition for me to take these treats to my friend Steve's home some distance away because he has many more trick-or-treaters from his neighborhood and church than I do.

In my senior years, the Halloween season seems to be too long and way too commercial. For my preservation, I always avoid the store aisles with the gruesome masks and various body parts. I think I’ll stick to my more calming homemade treats and cheery "Casper the Friendly Ghost" for my Halloween entertainment.
Posted by Bonnie at 4:41 PM 5 comments:

One more Gift, by Karen Borrell


A strange plant in our yard,

My husband said, “It’s a weed!”
It smelled to me like tomato
I said, “The wind blew us a seed.”


Afraid to pull another plant,
He let the green leaves grow
In friendly soil it grew quite tall
Small blooms began to show.


He began to daily check the plant,
Give it water and tie support.
Soon green fruit began to appear
Although the time seemed short.


Now full, bright red and ripe
Juicy warm from the sun,
I wonder how such a miracle
Came so sweetly to my tongue!

K is for “Kindness." by Shirley Mark

Our class was saddened by the news last week that one of our own had passed away. Shirley wrote so many good stories of her travels, her family, and her passions (like opera!). Here is a story she wrote about the class several years ago. It was one story in an ABC anthology of class stories.
If you have a favorite memory of Shirley, can you post it here in the comment section? I would love for us to pay honorable tribute to this special friend. ~ Bonnie


Kindness – "the quality or state of being kind; good will; graciousness; kindhearted."


All of the above reflect the kindness I have felt in the writing class and in this one in . How fortunate I was – how fortunate I am.


Last week I went into my son’s old room, which is now used for anything and everything, looking for a photo. Going through papers, scrap book pages, etc., I found a letter from a student expressing how much she enjoyed hearing about my travels. Next to it was a photo of the class which had been given to me, “in friendship.”


That was and is typical of the kindness that begins with the instructor and filters through the excellent and kind students. Am I lucky to be a part of the warmth, friendliness and kindness of that class? You bet!!!
Posted by Bonnie at 2:14 PM 2 comments:

My Daughter Sarah and the Sand Dunes, by Annie Freewriter

Here is a story I think you will enjoy . . . especially if you have ever become impatient waiting for a baby to be born!

I was watching the news a couple of years ago in August about a week before my youngest daughter Sarah’s birthday. A park in Manhattan Beach, called Sand Dune Park, had just been reopened after being closed for a year. The 300 ft. dunes had been damaged by years of people tramping up its sandy sides. The streets had been congested by excess traffic and parking problems, and constant noise well into the evening from all the people who came just because it was a cool place to hang out. The city finally had to come up with a solution to please everyone; or at least some. There is now a three dollar fee and a reservation required to use the dune.

Flashback to 36 years ago (now 38) on August 12, 1974, I was attending church, at a small hall our church was renting next to Sand Dune Park. I was miserable because I was more than a week overdue, and it had been a hot summer. I believe my daughter preferred the warmth and security of the womb, and refused to come out. She still prefers to curl up in the warmth and security of her bed, snuggling with her kitty, more than thirty years later. My son was born a year and one month before, on July 5, 1973.

I told my friend, Nancy, who was standing outside with me, that I was wondering if climbing the sand dune would help me go into labor. We decided it was worth a try if she went along to help me. We climbed about half way up the steep, leg-tightening dune, and then descended into ankle-plunging depth. Still no labor pains, so we turned around and tried again; this time – a labor pain. We were experienced mothers and knew how to time the pains to make sure it was real. It was. Away I went to the hospital, and delivered a beautiful baby girl, after several hours of labor.

Right after she was born, a nurse overheard us trying to come up with a middle name to put on the birth certificate. She peeked around the curtain and said, “Did I hear you say Monique?” We had already picked out Sarah as the first name and they sounded good together, so I said, “Yes, that’s it.” Her friends and I have teased her over the years saying she was very unique, that Sarah Monique. She truly is!

Just think: if I had climbed that dune to induce labor today, instead of 36 years ago (now 38), I would have had to pay a three dollar fee and on top of that; make a reservation.

Are you interested in seeing one of your stories on this blog?

I recently asked the members of the class if they could use a metaphor to represent their lives, what symbol would they choose. Read the stories they have shared, and submit one of your own. What metaphor would you choose to represent your life?

If you have a different story you'd like to share, we'd love to hear from you. Just check the guidelines at the bottom of this page before submitting.

Is there a particular theme you would like our writers to address? Would you like to read more love stories, more childhood memories, or more reflections on the meaning of life? Please send your suggestions to: bjmansell2@gmail.com.

Bonnie
Although I am new to blogging, I have been teaching memoir-writing classes for over ten years. I love reading, writing, and teaching, and I've been blessed to share my life with this amazing group of people.